Get to know your Fed reps: Ariana Perry

A South Wales Police Federation workplace representative has described how her determination to help colleagues was fuelled by the experience of finding herself under investigation.

Ariana Perry, who starts a new role as custody sergeant at Cardiff Bay next month, became a rep in March last year.

She said her key priorities are to provide knowledge and support to members who find themselves in situations which were not anticipated.

Ariana, who joined the police in 2007, said: “I have been under investigation twice, once for misconduct and once for gross misconduct.

“In both cases I was found to have no case to answer, however, at the time it was one of the most difficult times of my life. My Fed rep at the time was invaluable help for both my career but also for my own mental health.

“Being a police officer is a major part of my character and the thought of losing my job was devastating to me. So, if I can ever be in a position to help others in the same or similar circumstances, I really want to help.”

Ariana said she had “endless patience” and would always go out of her way to help people wherever possible.

Her special areas of interest as a rep are operational policing, fairness and equality and performance and misconduct matters.

She said: “My key priorities are to provide knowledge and support to members of staff who find themselves in situations which were not anticipated.

“I would like to ensure that the officers are treated fairly and are given the opportunity to understand up to date legislation.

“I particularly want to ensure that operational police officers are protected, especially when they are overworked with low numbers and they are given a voice to challenge and the confidence to seek advice in areas where they are struggling.”

Ariana said she was keen to learn new legislation and policy and added that learning about Police Regulations would be invaluable to her team so she can protect them in their daily business.

Ariana joined Gwent Police in October 2007 when her first posting was to B Relief in Newport Central . In August 2018 she transferred to South Wales Police and was based in Cathays.

She chose policing as a career because of a long-standing interest in criminal law and criminal behaviour.

She said: “I grew up believing in the importance of doing the right thing and making the correct decisions and I wanted to help victims of crime and be responsible for enforcing the law.”

Passing her sergeants’ exam and her recent promotion figure high up on her list of career achievements but Ariana said the highlights were helping secure convictions for dangerous offenders in cases of domestic violence.

“New officers who have started in the past 24 months may find challenges regarding training which due to Covid has all been done online,” Ariana explained.

“I believe the Police Federation is going to have to deal with a great deal of unsatisfactory performance issues including stress-related complaints.

“This is directly linked to lack of resources and the lack of retention of frontline police officers.”

And she fears the unintended consequences of Brexit and the aftermath of the Covid pandemic will have a massive impact on policing in South Wales. 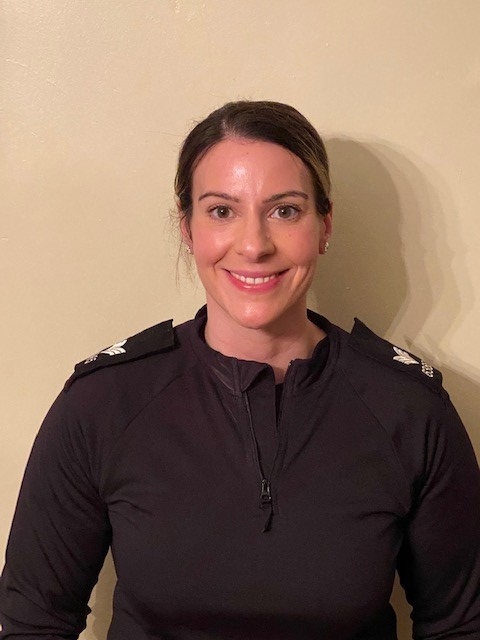 She said: “On 31 January 2020 when the UK left the European Union it left the country as a whole with a great deal of uncertainty in the economy.

“In this, we can anticipate an increase in crime due to poverty as well as the expectation of an increase of racism and hate crime.

“In relation to policing, procedures and policies that were once taken for granted are now in question. For example, the way we deal with European Arrest Warrants and how we obtain intelligence from Europe.

“The Covid-19 pandemic has seen catastrophic consequences to the physical health of the public – the physically vulnerable have been susceptible to the virus, which has an increase in the need for the NHS which has, in turn, increased demand for the police.

“Covid, together with Brexit, have had a huge impact on the economy and we can expect to see a rise in drug and alcohol abuse as a method of coping with mental health and bereavement.”

Ariana said the biggest issue facing police officers and staff is the huge lack of resources.

She said: “The frontline is continually short on the ground and the CID are running on 40 per cent of the workforce. This means serious incidents such as burglaries and assaults are being dealt with by frontline officers, usually with not a great deal of service or experience.

“This will leave officers open to complaints and a poor service to victims of crime.”

Ariana said she believed the police service had to re-examine its relationships with the communities it serves across the country in the coming months and years.

“I believe the police service needs to build a better relationship with the public. I don’t think this is the fault of the police but more so of media influence. It’s difficult when the media are not on our side. It makes our job so much more difficult,” she explained.

Ariana said the pandemic had a dramatic impact on her and her family.

She said: “When the news of the pandemic broke out in the media, it impacted my life and that of my family quite dramatically.

“My husband has psoriatic rheumatoid arthritis and is on immune-compromising injections. I was so worried that by doing my job I could contract Covid and pass it to him, with potentially life-threatening consequences.

“We have a flat in Cardiff Bay which we usually rent out and as it was empty and in need of decorating so I moved in there for three months.

“It was quite a shock to be alone and quiet when I’m used to a busy family life. I missed my family but kept busy redecorating the flat and prepping for the sergeants’ boards. Every cloud, I suppose, has a silver lining!”