“People say I have the best job in the Force and I’m not going to lie, I can’t say no, this is a dream for me,” says Kaylee Noble, who has recently taken the role of dog wellbeing handler on full-time, supporting Federation members with their mental health.

Kaylee started the position on a full-time basis last month, having previously visited staff with wellbeing dogs Carter and Winnie alongside her role as animal welfare officer.

Supporting both the South Wales and Gwent forces, Kaylee has also managed to secure a van for the wellbeing team, which is specially equipped to transport the four-legged pooches around.

“Being given this role is honestly a dream come true,” says Kaylee, who explains that the role is currently a 12-month post but one that she hopes is extended.

“I love talking and I love talking to people, so this is ideal for me. When I heard that the job was opening up full-time, I was overwhelmed.”

“The dogs are a distraction for people, they prompt people to open up. And now we have the van it gives people another reason to start talking to me too.

“I call it the ‘Sunshine Bus’. It’s like a ray of sunshine and when people see it, they can’t help but smile.” 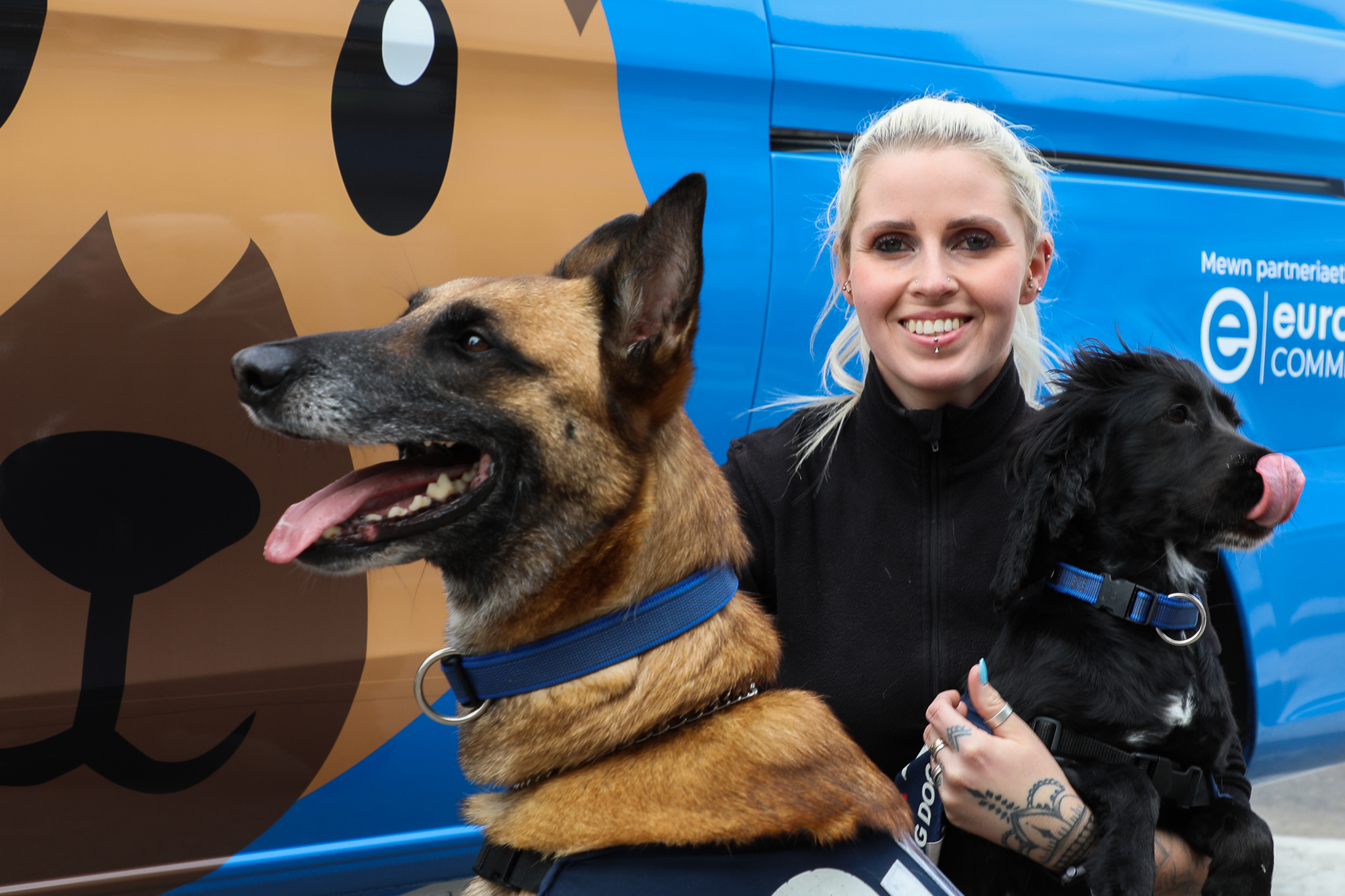 Both Carter, a four-year-old Belgian malinois/shepherd and Winnie, a three-year-old cocker spaniel are failed police dogs but being able to support officers has given them a new lease of life.

The pair of pooches and Kaylee are part of Oscar Kilo’s wellbeing and trauma support dogs project, a national initiative that has officialised the support given by wellbeing dogs.

“Having a dog there changes the way people feel or react to you,” admits Kaylee, who is trained in first aid mental health and peer support.

She added: “I can pop my head into a room and people will look at me as if to say, what does this person want? But as soon as I mention the wellbeing dogs, their attitude changes, suddenly, they are a bit more welcoming.

“It’s like if you’re walking down the street if you’re alone, people will rarely stop and say hi but if you’re with a dog, people always want to chat.”

Kaylee’s passion for supporting her colleagues using wellbeing dogs stems back to last year when working with animals helped her overcome a traumatic time in her life.

She was in charge of looking after the police dogs and horses as animal welfare officer, and, when both of her grandparents died, she says it was being at work that got her through.

“I actually wanted to go into work, because it was the dogs and horses that made me happy,” she says.

“In some ways, it’s like dogs are the world’s best counsellors. You can just talk at them, and you know they are never judging you.”

Kaylee now works closely with the forces’ counselling departments and occupational health, looking for new ways that wellbeing dogs can be involved in supporting more people. 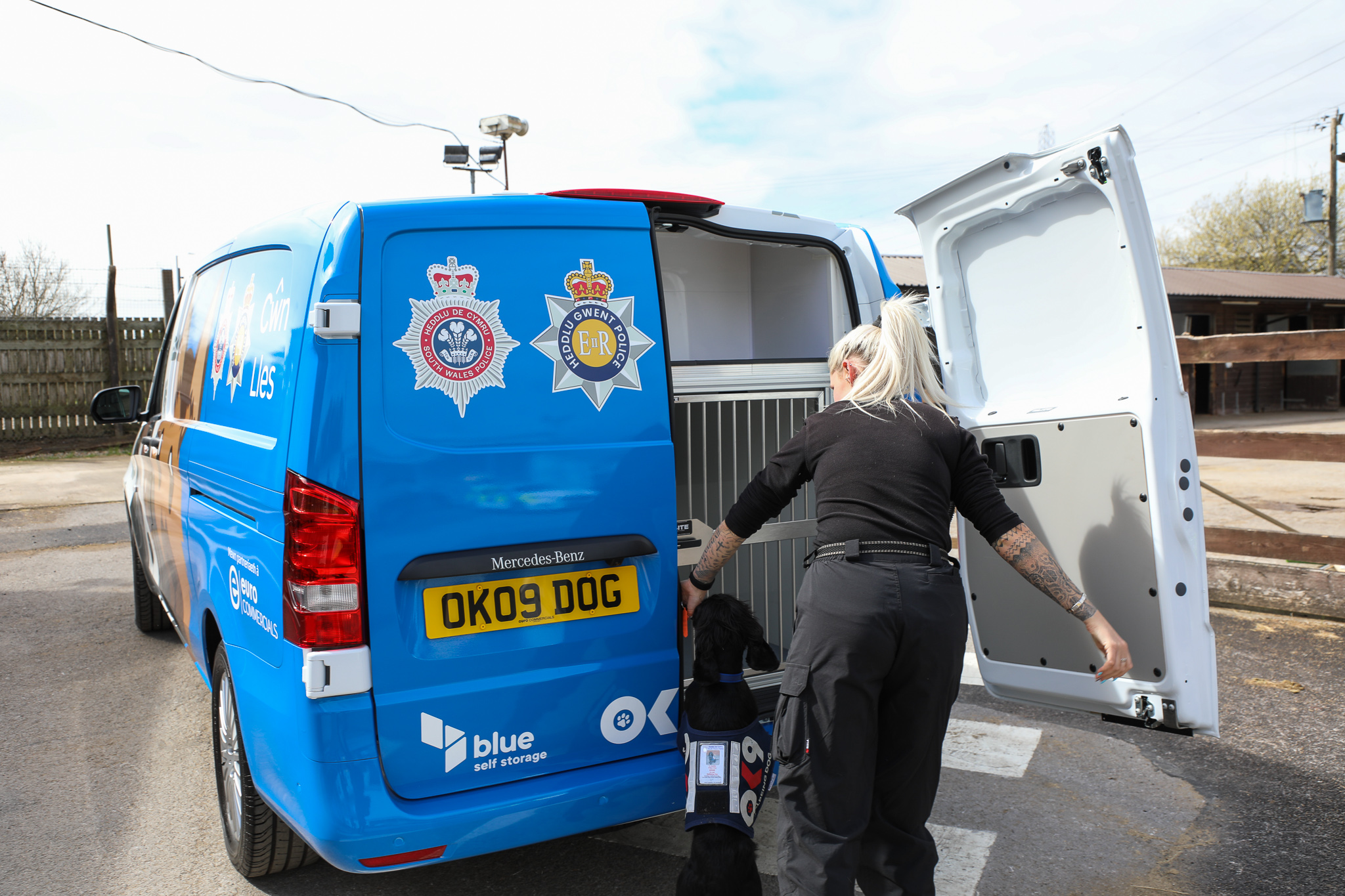 Kaylee with her Sunshine Bus

“How brilliantly the wellbeing dogs have gone down is just astonishing,” says Kaylee.

“I remember last year we visited a team following a major incident – they had dealt with a murder. Everyone just sat there, talking to us about how they were feeling and that was because the dogs were there.

“It’s just amazing how much of an impact something that doesn’t speak can have.

"And now, with the role being full-time and having the van, it’s opened up so many more opportunities for me. I used to feel awful having to basically tell people they had to wait, but now I can see more officers when they need our support.”