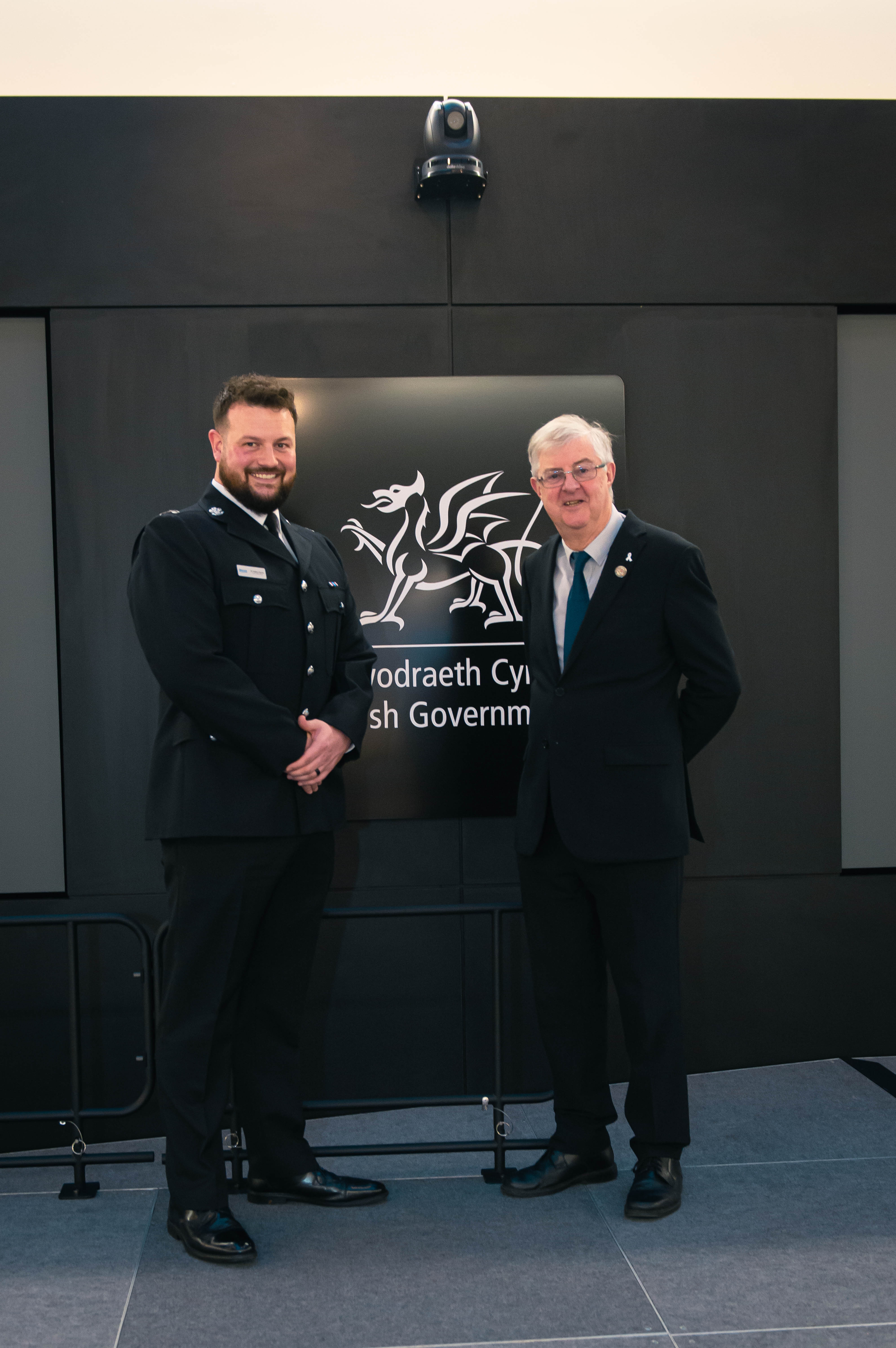 A South Wales Police officer who won the Welsh regional award at the 2022 national Police Bravery Awards has been honoured at a special reception in Cardiff.

Speaking after the reception, Nathan said: “It was an absolute honour to meet the First Minister and certainly a proud day for me and my family.

“I’m sure this will be a career highlight. It was wonderful to see all the other nominees again and get a chance to hear their stories from them as I hadn’t heard them before.

“From the time I was nominated for this award the treatment from the Police Federation has been fantastic and far more than I would ever have expected.”

Nicky said: “We are extremely proud of the officers from the Welsh forces who were nominated for Police Bravery Awards this year.

“Each of them has shown incredible courage in very difficult circumstances and although they have all played down the parts they played, they are fully deserving of this recognition from the Welsh Government.

“It was a fantastic event and I am so pleased the First Minister took time to meet and speak to the brave officers who give so much to their communities.

“During the reception, the ministers took a real interest in the effects the incidents for which the officers were nominated for the awards had upon them as individuals and how they were subsequently supported.

“It is important that policing feels it has the support of the Welsh Government and events like this show the unique and vital role our members play in Welsh society is recognised by our elected leaders.”

Nathan was nominated for the prestigious bravery award after risking his own life trying to save a couple from a river bed during a raging storm.

Despite the obvious danger, the officer, who is a trained public order medic, took the decision to make his way down onto the river bed and, in doing so, he knocked himself unconscious.

After regaining consciousness, on his hands and knees, he made his way to the two casualties.

Nathan travelled to London with his wife Katrina to join fellow nominees from across the country at a Downing Street reception hosted by then Home Secretary Priti Patel who praised their “incredible courage”.

He then attended a presentation ceremony and received his prestigious award from Ms Blythyn in front of guests including South Wales Chief Constable Jeremy Vaughan and Police and Crime Commissioner Alun Michael.

The Police Bravery Awards are organised each year by the Police Federation of England and Wales.