Steve Hartshorn said officers found it “galling” to have to fill in the gaps left by striking public sector workers while they were not allowed to take similar action themselves.

And the South Wales branch chair agreed, saying: “The right to strike and withdraw labour is a vital aspect of employment in trying to maintain fair working employment conditions.

“As police officers we do not enjoy this right and it is ironic that as a result, police officers have faced the highest real terms cuts to their wages, when compared to our other public sector colleagues since 2010.

“Police officers are then deployed to provide emergency cover for public sector staff who have exercised their right to walk out over pay and conditions.

“We have been campaigning for better pay and conditions for years now but, of course, do not have the right to withdraw our labour and for many people have become the public sector’s poor relations as a result of that strike ban.”

He was speaking as about 1,000 paramedics, medical technicians and call handlers staged another strike over pay and conditions across Wales on Monday (23 January) with further industrial action involving thousands of nurses as well as ambulance staff planned for Monday February 6.

Steve said South Wales officers were already overstretched and any further increases in demand would start to impact on members’ mental health and wellbeing. 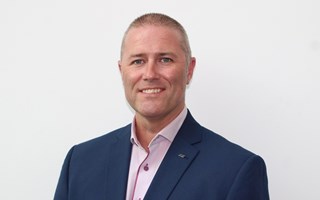 Steve Hartshorn said policing the strikes was 'galling' for officers

He told MPs: “I have received anecdotal accounts from our  branch chairs and secretaries about members being asked to ferry victims to hospitals.

“That takes away from their core function of being a police officer - to protect and detect crime.

“When they get to the hospital they are sat around for a long time, like the ambulances, and can be there in pairs for hours.”

He said: “If railway workers go on strike and you suddenly have large numbers of people at the train stations, that’s an extra burden on police officers to deal with their safety.

“It is right to do that but again it takes away from our core function of responding to 999 calls and trying to be proactive in how we can deter crime from taking place in those very areas.

“It is disheartening for our members because, of course, they do not have the right to strike as Crown servants.”