Steve said the four Welsh forces often felt forgotten or ignored when announcements which impact policing in Wales were made in Westminster.

Addressing Ms Patel at the 2022 annual conference, he said: “Home Secretary, we need you to take account of the devolved functions in Wales, and to work with the Senedd to ensure our valued members in Wales are not left out when you make decisions in Westminster.

“I rightly hear from my Welsh colleagues about announcements made in Westminster that take no account of the devolved functions in Wales and the impact on policing in that country.”

Steve had earlier welcomed delegates from the Welsh forces in their own language as he delivered his keynote speech to his first annual conference as chair. 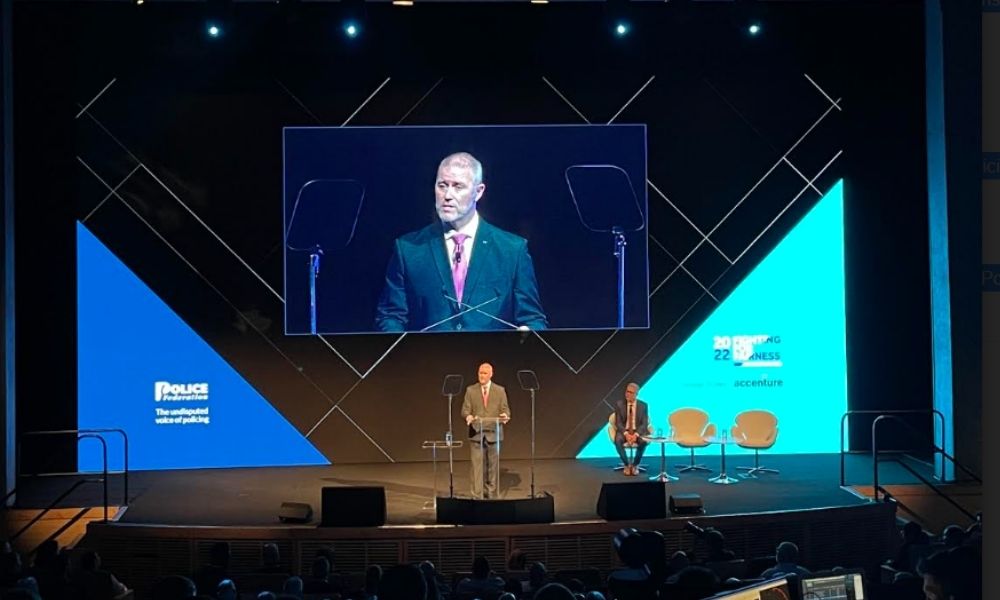 Steve went on to deliver a powerful speech in which he called on the Government to stop neglecting police officers and address four key areas of concern for members.

He said: “Before I put pen to paper for this speech, I reached out to colleagues on the National Board. It’s these colleagues, and those from the National Council, who lead on the many work areas on behalf of our members.

“They raised a number of issues they want me to bring to your attention today, and these fall broadly into four key areas – the 4 Ps - pay, pensions, presence and pride.

“Pay – we need fair pay and fair terms and conditions of service for all police officers.

“Pensions – it’s not unreasonable to have long-term clarity over pensions so that people can plan for their futures with certainty.

“Presence – Government, police leaders and the media must listen to us and hear what we say, because we are the undisputed voice of policing.

“And pride – I want police officers to be able to have pride in what they do and be treated with the respect they deserve.”

The Home Secretary followed Steve with a speech in which she insisted she was “proudly pro-police” and said she wanted to work with the Police Federation on the issues he raised.