Elizabeth Medal campaigner Bryn Hughes has been congratulated by South Wales Police Federation after his work was recognised with an MBE in the New Year Honours.

Bryn, whose daughter PC Nicola Hughes was murdered in 2012 alongside fellow Greater Manchester Police PC Fiona Bone in a gun and grenade ambush, is the driving force behind the campaign for a posthumous award for officers killed on duty.

The former prison officer said Nicola would be proud of his MBE which was awarded for his work supporting young people who have lost family members through violent crime.

South Wales Police Federation chair Steve Treharne said: “This honour was richly deserved by a man who after the tragic loss of his daughter in what was a horrific incident set up a charity in her name to try to help others.

“He has also led the campaign for an Elizabeth Medal and has the full support of South Wales Police Federation. We would like to congratulate him on receiving this recognition.

“Police officers are brave and selfless individuals and they know the risks they face every time they go out on the frontline and I have met very few people who don’t believe they deserve to be honoured if they pay the ultimate sacrifice while protecting others from harm.

“Bryn Hughes knows the impact of this first hand and has championed this very important cause with courage and dignity.” 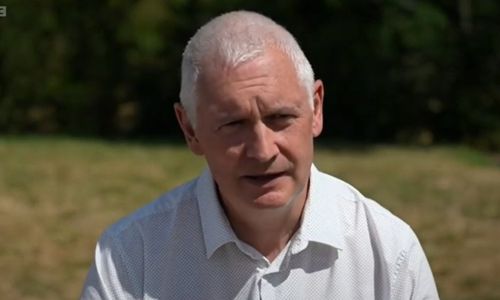 Bryn Hughes was awarded an MBE in the New Year Honours

Bryn said the MBE came as a poignant way to mark the 10th anniversary of his daughter’s murder.

He said: “I suppose it’s tinged with that bit of sadness as well because the only reason I’ve been nominated and been given the award was because of what happened to Nicola and the work I’ve done since then.

“It marks the 10-year anniversary so it’s quite a poignant way to mark it to be honest.”

Asked what Nicola would think of his award, Bryn said: “I think she would be proud. She would be very proud.”

Supporters of the Elizabeth Medal campaign believe emergency services workers deserve the same recognition as military personnel who are posthumously honoured with the Elizabeth Cross which is presented to relatives of those killed in action.

The Police Federation is calling for top level talks with ministers in a bid to secure approval for the new medal.